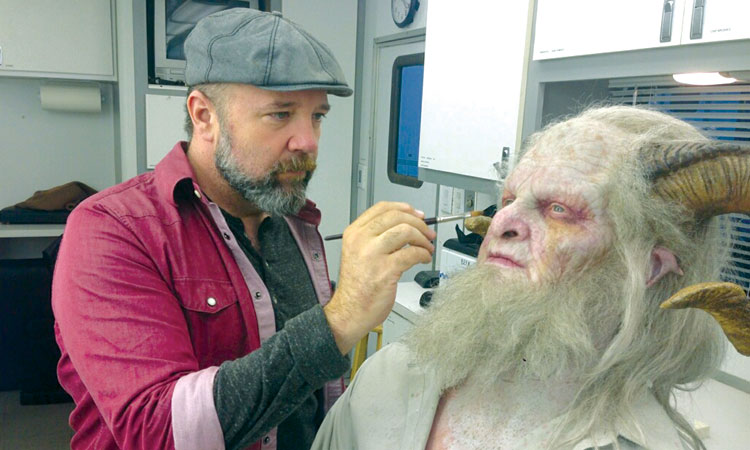 For anyone who’s “made it” in Hollywood, that childhood dream of making movies for a career can sometimes be forgotten when you’re in production hustling for 12-18 hours a day.

With the fast-paced schedule of filmmaking, it’s easy to get burnt out and lose your creative spark.

Barney Burman, a veteran special effects makeup artist, known for projects like Star Trek and Grimm, is far too familiar with the long hours and unpredictable career curveballs of working in the movies, but has continued to stay creative through it all.

How does he keep his creative edge? He shared with us a few thoughts that just may re-ignite that kid inside you who grew up with dreams of making movies in Hollywood.

“I do a lot of different things…not just makeup.”

“I do a lot of different things…not just makeup.”

While special effects makeup is Barney’s forte, he is clear about diversifying his skills to stay creative.

For one, he’s a writer and director and believes in creating his own content so he has opportunities to do work that he’s passionate about outside of his jobs for the studios. 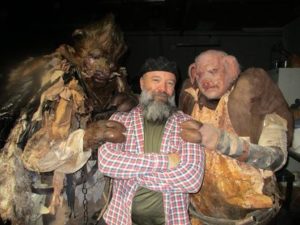 He recently finished his first feature film, Wild Boar, which played at nearly a dozen festivals and won a variety of awards, including Best Horr Film at FilmQuest. He says, “I have an opinion about things all the time.” When he creates his own original work, it allows him to keep his brain active and try out new things that he might not be able to do on a TV series with a network.

“I’m a creative person and want to make things ultimately…it’s fun to watch people’s reaction and observe them looking at the thing that you’ve made.”

Barney grew up in a family of makeup artists. His Grandfather came to Hollywood from the Midwest in the 1940’s and worked on the first Wolfman, Twilight Zone, and Frankenstein, and then his father and uncle went into the trade as well, opening up one of the first special effects makeup studios in Hollywood with John Chambers — one of the most prolific makeup artists in cinema history.

While the industry was accessible to Barney from a young age, he thrived because he “learned early on that doing it was fun and rewarding because it keeps my brain active and creative.”

What keeps him coming back to special effects makeup? Barney says, “When the actor walks out of the trailer and people say, ‘wow!’ That’s exciting to me.”

Knowing this WHY keeps Barney motivated to continually show up on set, project after project.

“I try to minimize what I bring to set…I’ve gotten to a point where I like to carry less.”

Barney believes in doing lots of prep ahead of time and bringing only what you need to set. By simplifying your kit, it saves you time to focus on building the look instead of sifting through tons of product.

Going in with a plan for production allows you to be more creative under pressure, which is inevitable in filmmaking.

What is Barney’s GO-TO for a simple kit?

“The one thing I’ve relied on heavily in my kit is Fard Creams. It’s the most wonderful concoction of colors…they are my ‘go-to’ whenever I want to bring in the subtle tones that blend a look together.”

And finally, last thoughts on staying creative according to Barney?

It’s easy to get overwhelmed when you’re working long days. Learning to let things go and improvise or move on, keeps stress levels down and creative levels up!

How else do you stay creative in your film career?