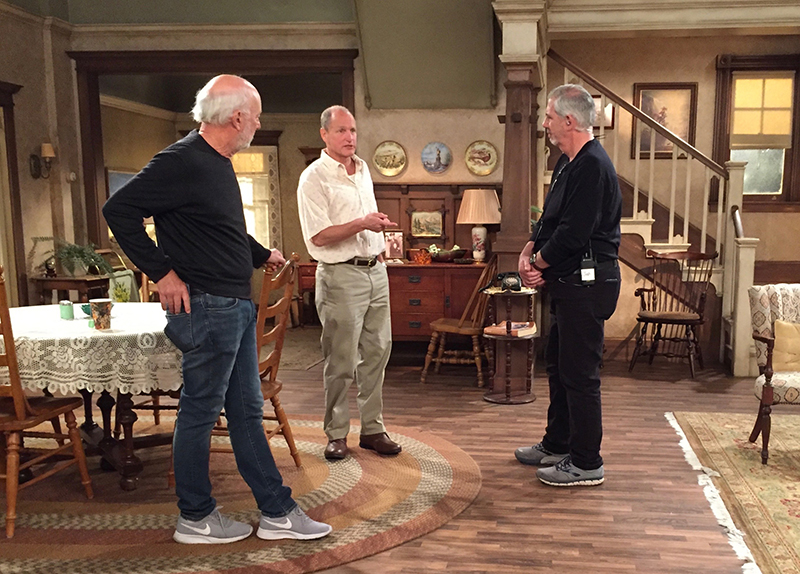 With 42 years of knowledge working in the props department, Joshua Meltzer is a leading prop master in the film industry, known for his work on shows like Dexter and Will & Grace. He is one of the few known prop masters skilled at both multi-camera and single-camera TV shows and has earned the reputation as “the blood guy” because of his innovation in recipes and techniques for creating and using blood on screen.

Josh started out his journey to prop master at 18, beginning in the labor department: digging ditches, sweeping stages, and running jackhammers.

With an eagerness to be more creative, he pursued work in the property department (props) and by 23 became the youngest prop master in the history of Local 44 at that time!

If there is anyone who knows how to prep for a project, it’s Josh, so we asked him to walk us through his tried and true methods. 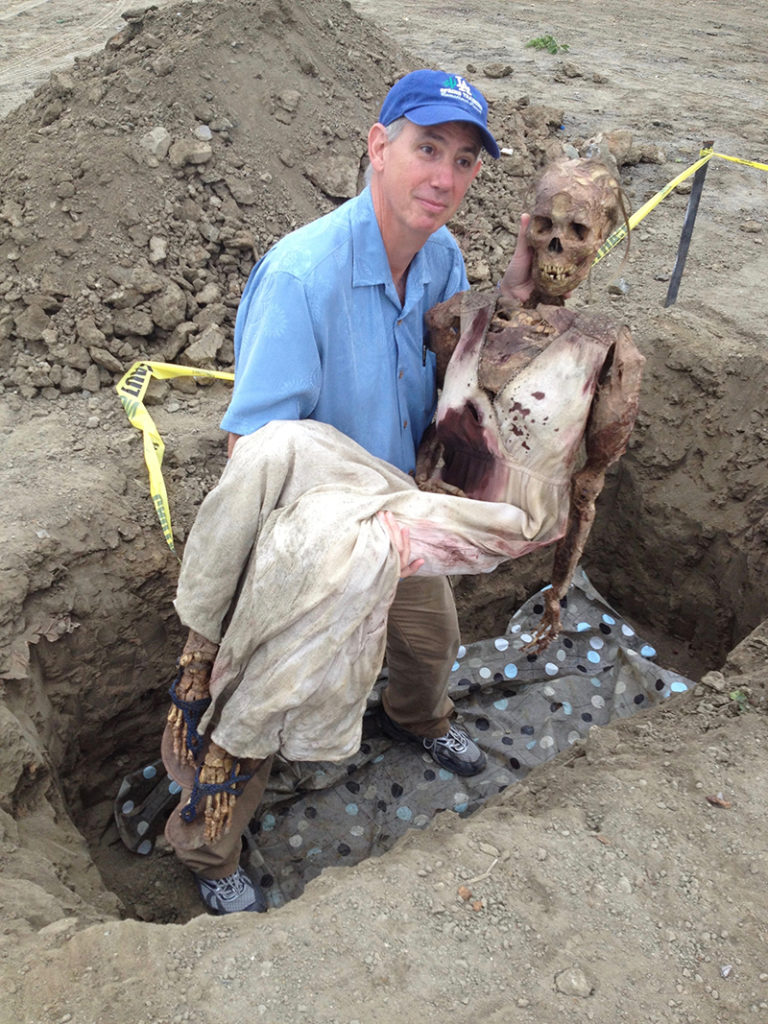 1. Read Between The Lines

Anytime a character handles an item on a set, it’s considered a prop.

Whether you’re using SyncOnSet to break down a script or working through a script manually, Josh advises to learn to read between the lines for props — it may not be so obvious!

Josh may read through a scene with lines of dialogue that mention a character reading a book, but there is no indication of when that character picked up the book earlier in the scene.

This is why it’s important to be proactive and take note of everything that could come up later as a potential prop. Bringing those notes and questions to production meetings leading up to shooting will help to clarify what is actually needed…which brings us to…

Production meetings are key! In production meetings, Josh brings all his questions to the director, creative producers, costume designers, and the special effects department to cross-reference notes and ensure everything is planned and accounted for before shooting.

Let’s imagine we’re in a meeting between Josh, a costume designer, and a director to better understand how these questions are resolved:

Josh, as the prop master, has highlighted a part of the script where a character picks up a sweater. He’s unsure whether that sweater should be part of the props department because it’s being held by the character, but later in the scene, the character eventually puts it on and it becomes part of his costume.

Since the sweater needs to fit the color palette of the set, and the actor’s size, the costume designer decides to source it. After the sweater is sourced, the costume team will hand it over to Josh, who will keep the sweater in the props department and ensure that it will be on set as a prop on the date that scene shoots.

It’s subtle nuances like these that need to be addressed early in pre-production to avoid miscommunication once the camera rolls.

Once Josh is clear on what props he needs to prep with his team, he moves on to the next step of deciding whether to buy, rent, or manufacture the props, which takes us to the next key to prep…

“You will never meet a more organized group of people than prop masters.”

Sourcing props is an art in itself, refined through years of experience and building relationships with vendors. As a seasoned prop master, Josh has built a Rolodex of resources that he’ll tap into for finding and manufacturing the best props for the job.

While props vary from project to project and may require extensive research or working with vendors internationally for specialty pieces, there are a few companies, specific to Los Angeles, that Josh works with consistently for printing, renting, and manufacturing:

There are not many shops left on the studio lots, but Josh knows he can count on  Warner Brothers or Universal Graphics Departments for printing.

Independent Studio Services, or ISS for short, (Sunland, California) is Josh’s go-to rental house for a wide variety of props. With over 1.5MM props, they’ve got it all.

If he is looking for a specialty, such as medical props, A-1 Medical Integration in North Hollywood is one of his favorites, with an extensive collection of medical equipment spanning over 15,000+ square feet.

To better understand how this decision-making happens, let’s look at a bar scene in a Western:

Josh reads through a scene in the script that describes a group of characters who sit down at a table in a saloon. All the furniture on that set will be designed and sourced by the set designer and set decorator. However, as Josh continues to read the script, a bar fight breaks out in the story. A character picks up a chair and hits another character over the head with it.

Well, that chair just became a prop and is now a collaborative effort between special effects and props.

Josh will take this script note to the special effects team to discuss how to fabricate a specialty chair that is safe for a stunt but also looks exactly like the chair ordered by the set decorator.

Sometimes the special effects team on set will manufacture in their shop, but if Josh outsources, his favorite manufacturers are Studio Art and Technology in Sunland and Grandis Creations in Long Beach.

According to Josh, “You will never meet a more organized group of people than prop masters.”

We couldn’t agree more! With all the pieces that the props department may handle, from the tiniest items like wedding rings to large pieces of furniture — there is a lot to track that is often needed quickly at a moment’s notice on set.

It’s no surprise then that most prop masters stick to a fool-proof method of organization: The Contico. It’s a basic plastic crate with a flip-top lid, but it gets the job done.

If we were to walk onto a props truck for Will & Grace, we might see crates labeled as “Kitchen Towels,” “Scene 32,” or one specifically for the character “Will,” which would include all of that character’s props for the episode — watch, briefcase, sunglasses, etc. 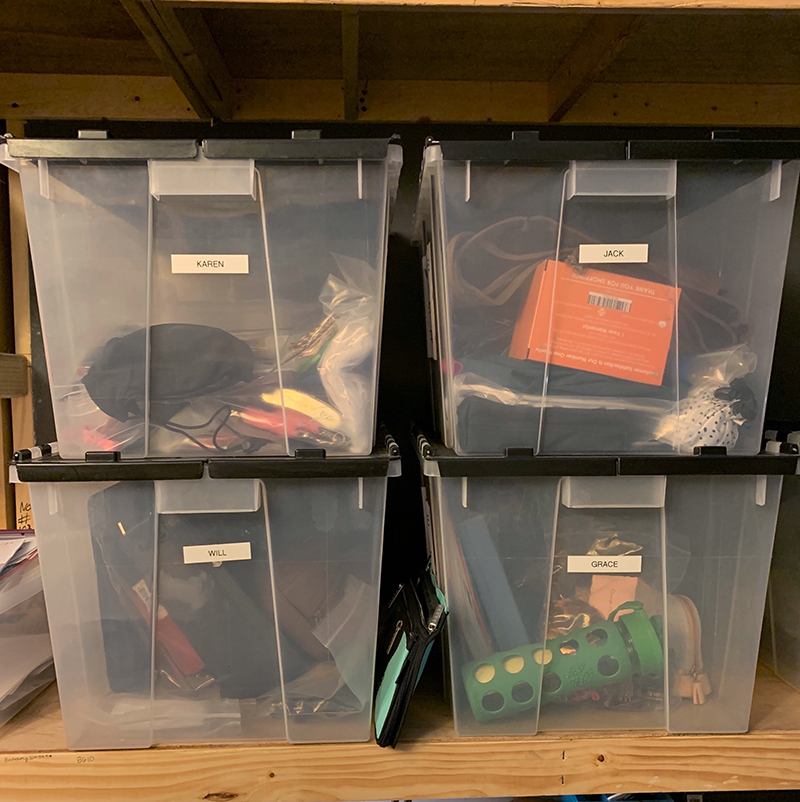 In addition to organizing and labeling the crates for a project, Josh may also rent out his own prop kit to the studio. It’s a sort of “portable prop house” that he will keep on hand in rolling drawers on a 48-foot truck, and for 42 years of working in props, that is quite the collection!

“Have patience. So much of what we do is

time-sensitive that we are always trying to rush, but nothing good comes from rushing.

You have to take the time to do it right.”

Prepping for Your Next Project

Even after years of experience, Josh is still learning and refining his process within these 4 key steps and encourages anyone prepping for their next project to:

“Have patience. So much of what we do is time-sensitive that we are always trying to rush, but nothing good comes from rushing. You have to take the time to do it right.”

Beginning a new project is exciting, but as Josh knows from experience, filmmaking can often be unpredictable, filled with many personalities and challenges along the way.

Starting out with a thoughtful roadmap laid out in these 4 key steps and patience to get the job done right, you’ll already be off to a solid start to prepping your next project for a successful shoot up until the director calls out “it’s a wrap!”

Don’t forget to catch Josh’s handiwork in NOS4A2 on AMC!