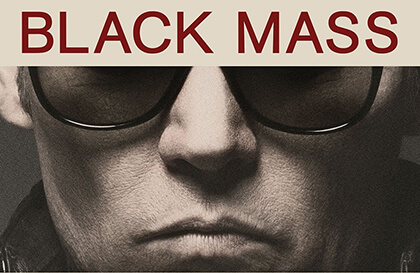 SyncOnSet is a digital continuity and collaboration tool that streamlines TV and Film production from prep to wrap, and has been a lifesaver for crew members during production of the 2015 Warner Bros. film Black Mass, a large-scale production starring Johnny Depp and Benedict Cumberbatch that chronicles the true story of an infamous South Boston mob boss. More than 30 Costume, Hair and Props people on the Black Mass team used SyncOnSet to efficiently track inventory and continuity. The app greatly improved communication between departments, eliminated tedious administrative tasks and cut days of wrap time.

Working off the same breakdown of scenes and characters saved the creative teams hours of repeat data entry from the get-go. Previously, getting a complete record of something like a parade scene was “nearly impossible,” but the ability to log each actor once and Sync it across everyone’s mobile device freed department heads from the chore of chasing down day players at the end of each day and scrawling redundant information in binders.

“Without SyncOnSet, I wasn’t going to be able to do my job.”

Costumes, Hair and Props: In Sync Continuity on all Fronts

The Black Mass crew knew they needed to track inventory and continuity across Costumes, Hair and Props with a more evolved tool than the hand-written note.

Costume Supervisor Virginia Johnson was eager to get her team on board after learning firsthand how much time and trouble it eliminated. “The tool saved me a ton of time on my previous project and I knew it would be beneficial to everyone for a big production such as Black Mass.”

“The mobile app gave me peace of mind.”

“We saved time where we previously had to enter the same info over and over again,” Desmond recalls. “The actor would show up and I could double-check whether he was wearing the right pants. You can’t always tell from the photo, but this app allows a written description as well, which gave me peace of mind.”

Casting and fittings for Black Mass were ongoing. Assistant costume designer Brittany Loar loved how SyncOnSet put everything she needed in the palm of her hands—and on the go. Previously, it took one to two hours to relay fitting information each time an actor was cast, which slowed down Loar’s costume prep. Now, SyncOnSet delivers that information directly to her phone.

Assistant Prop Master Noah Dubriel used SyncOnSet to log the guns, drugs and money. He says the greatest benefit was the app’s ability to instantly upload and tag photos from the set.

Dubriel’s job: tracking each and every Black Mass prop, from picture cars on down to Whitey Bulger’s sunglasses. The app’s Notes feature allowed him to archive intricate details, such as how a soda can was placed from shot to shot, how each character wore their rings and how chains sat on actor’s necklines during each scene. Props also saved a tremendous amount of time managing script revisions and breakdowns.

“I was able to easily check previous scenes’ notes to make sure Props had continuity in the current one,” notes Dubriel, who also loved getting instant script updates from the Costume department.

“…more information at my fingertips.”

Key hair stylists like Lucia Mace also benefited from this new, seamless communication method. Each time Costumes held a fitting, a hair artist was present to evaluate whether the actor needed a wig or special hairpieces. Instant electronic communication eliminated the lag time caused by transporting a photo from the fitting to the truck, so everyone in the department saved time. “It is a huge difference from the way we did it before,” Mace relays. “We relied on Sync’s fitting/research photo tag to communicate to the rest of the team working on set.”

To transform Depp into the much-older Whitey Bulger, Stylist Lucia Mace crafted hairpieces that needed to look consistent over multiple scene takes. She had used Pages and Continuity Pro to manage photos and notes on past shoots, but considered those programs “just a bunch of files.” Since SyncOnSet is designed specifically for production, placing photos just where she wanted was a breeze.

“SyncOnSet doesn’t require a bunch of steps to put a photo where I want and it’s easy to tag them,” Mace notes. “I just tap the camera icon and each photo is tagged to the scene and the character. If I missed something, I can check what other departments have — more information at my fingertips.”

And That’s a Wrap!

When the Black Mass production wrapped, it was simple for each unit to manage assets because the team was tracking inventory from day one. The Costume and Property departments fell in love with SyncOnSet’s wrap reports, which saved them precious hours of tedious re-entry during wrap.

Finding all the costumes from a certain rental house was as easy as generating a report. Props assigned each asset to a wrap box and photographed the contents, then uploaded the images into SyncOnSet to generate beautifully formatted—but still standard—wrap box reports. This was a major time saver since all assets where saved, synced and ready to assign to their respective boxes.