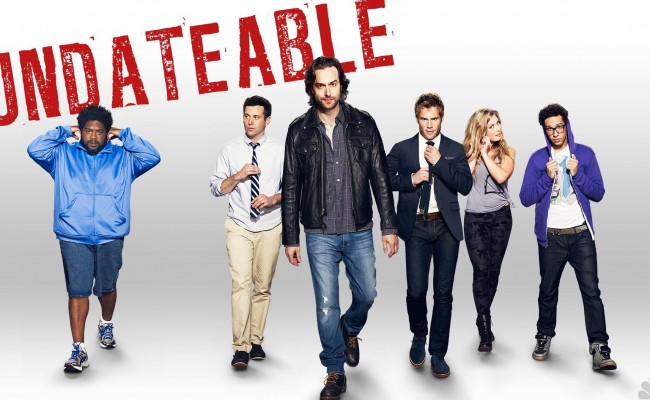 SyncOnSet is a digital continuity and collaboration tool that streamlines TV and Film production from prep through wrap. The team at Undateable, a Warner Bros. and Doozer Production, seamlessly transitioned  key production information from the pilot to the first season – saving days of locating inventory and physical production binders.

From Pilot to First Season

Undateable, a multi-camera comedy series, is one of the few pilots to get picked up for the 2014 television season. From day one, Undateable has relied on SyncOnSet as a critical part of their workflow.

Undateable’s costume team avoided days of locating information and inventory during the transition from the pilot. Now the team handles their daily work on set from their iPhones and iPads — securely sharing photos, managing inventory, and recording production notes electronically. When the day is over, they no longer have to spend nights and weekends doing administrative tasks — by the time they leave set, it’s already taken care of!

“To not take your work home at the end of the day is totally invaluable and unheard of. We have our weekends back!”

Handing Over the Digital Binder: A Seamless Transition

Carey Bennett, renowned costume designer know for her work on shows such as Scrubs and The Office, and her costume team, joined Undateable after the pilot was initially shot. Since the previous team used SyncOnSet, Carey and her team had all the data they needed at their fingertips in a clean and organized format. They learned SyncOnSet quickly and found themselves spending less time on paperwork or hunting down the production binder, and more time focusing on the creative part of their work.

“Once you start using the mobile app, it’s really easy to pick up and it’s fantastic. I can’t imagine going back to paper and pen!”

Key Costumer, Neil Tansey, collaborates easier and makes decisions faster with access to the mobile app at all times when on set. With SyncOnSet, there is zero lag time between information upload and when it reached him. Gone are the days of relying on printers, digital cameras or physical production binders.

The speed and efficiency of entering data encourages teams to track more detailed information than ever before; including taking photos of the original clothing tags and receipts. A feature that is “totally invaluable.”

Carey is no longer flipping through paper or recalling from memory which actors prefer which jeans. She can pull out her iPhone and instantly access the notes. This feature along has cut her shopping time dramatically.

“I think once people see it, they understand it’s incredible.”

Because of hectic production schedules, Costume Designer, Carey Bennett, used to spend hours waiting around until talent or production was free to talk. Email was cumbersome and not secure. She experimented with numerous other software programs, including Dropbox, Picasa, and Box, but none of these options were designed for the hectic production workflow.

Without a better system, Carey or members of her team would sit around with physical photos in hand, waiting for that split-second change to get vital information.

With SyncOnSet, the team easily and securely sends fitting photos and messages for approvals via the SyncOnSet platform and producers and writers can quickly and remotely approve them. No more printing, handwritten notes, or packing around the production office.