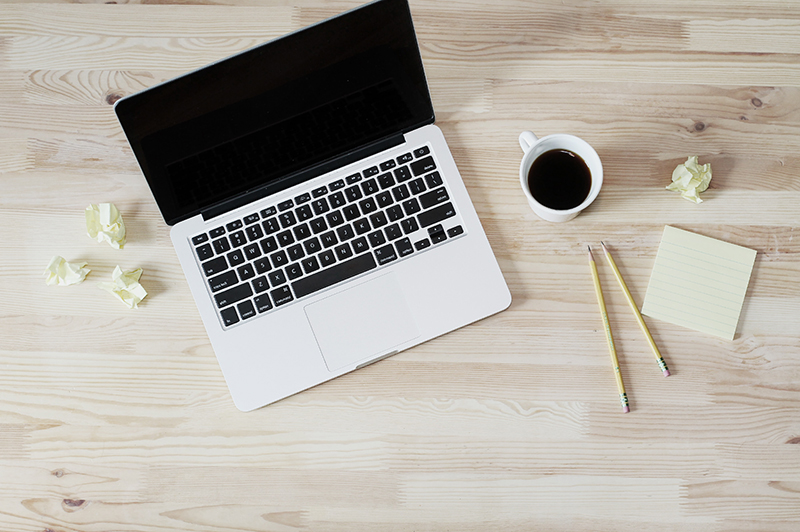 If you’re a screenwriter you’ve probably been here before: you can see something in your head so vividly, but you have no idea how to get it onto the page.

One of the delicate balances in screenwriting is creating a colorful and visual world with characters who have distinct voices and styles while simultaneously “staying in your lane” as the writer. It is vital to remember that you are not the director (so take it easy on all those camera cues) and you are not the actor (so spare us all the performance notes).

Similarly, a screenwriter is neither a Costume Designer nor a Set Designer, so too many details on costumes or sets are generally considered a faux pas in your script.

Additionally, lengthy background descriptions would bog down the pacing of your script and are often left up to the Cinematographer in addition to the Costume or Set Designers (and, of course, the Holy Director).

However, if you are introducing a location or a character for the first time — or if a given piece of wardrobe or set design are important to the actual story — you can have a more detailed scene description. For instance, a screenplay character bio might include, in the action lines, “Adam wears his everyday uniform of black jeans and a black t-shirt.”

Because the writer has now established this, they do not need to write that Adam is wearing this get-up in every single scene description for the rest of the screenplay.

Similarly, a scene description example could include “Eve’s apartment is cramped and dirty with a malfunctioning ceiling lamp that constantly flickers.”

This gives the reader insight into who Eve is as a character, and what her world is like, but would appear in the opening of a scene description (after a slugline) rather than in a screenplay character bio.

Okay, I get the basics of scene description, what else do I need?

A page one scene description example features a screenplay character bio by Charlie Kaufman, which reads that the protagonist is “a fat, balding man in a purple sweater with tags still attached.”

In this screenplay description example, the screenwriting basics and screenplay format are adhered to, while Kaufman still inserts some color into the writing.

The fact that the protagonist wears a sweater with tags still attached tells the reader so much about the character in just a few words about his “costume.”

And in the movie, we see that he wears this new purple sweater often. As if it’s his only new clothing…and only nice clothing.

From screenplay character bios to scene descriptions to screenplay format, there is nothing “basic” about the screenwriting basics. One need only Google the question “What does a script look like?” to get countless examples. The dirty truth is, screenplay formatting is slightly malleable for writers who know the rules inside and out and are then in a position to break them.

So the more script examples you find — whether they’re store-bought, hard-copy shooting scripts of Oscar-winning screenplays or PDFs of contest-winning scripts you can download off the internet — the more it will help you generally master screenplay format.

What else is there to know about screenplay description?

Screenplay description examples, screenplay character bio examples, and general examples of what a script looks like should be read in bulk rather than simply going by the screenplay example by your favorite writer.

There are screenwriting basics like capitalizing character names upon introduction in your screenplay character bio, but then there are more specific screenplay formatting guidelines about costumes and sets.

Those screenplay format guidelines dictate that screenwriters should leave the costuming up to the costume designers and the set-dressing up to the set designers unless it is tantamount to the reader understanding the world or the characters.

After all, screenplays are visual blueprints, not novels, and what a script looks like is not always pretty; screenplay character bios and scene descriptions will often include words in all-caps (usually the names), parentheses (often for the age), and can look like someone vomited all over the page.

But as long as your action lines are broken into chunks of about four lines or less, the screenplay format police shouldn’t file any charges against you. Whether you’re using Final Draft or Movie Magic Screenwriter or FadeIn — please not Microsoft Word if you can avoid it — the screenplay format and scriptwriting basics are fairly built into the programs.

For more screenplay format/script examples (which should help with screenwriting basics and giving you an answer to the overall question of “what does a script look like?”), it is worth going on Google and searching for the screenplay example of your favorite movie (ie. Googling “All The President’s Men PDF”) just to see if it is available.

Summing Up Writing The Details

People think the screenplay is only the story of the movie, but it’s actually a blueprint. Every department needs a clear and concise script to work off. From locations to sets, hair, and makeup.

The clearer you are on the page, the more likely it is that you’ll see your vision hit the screen. You’ll also make it easier on everyone else involved, and help their imaginations flourish.

Now that you know how to capture your vision on the page, go out and get writing!